SELECT DISTINCT PLACE FROM V_PUB WHERE PLACE IS NOT NULL AND PLACE <> '' ORDER BY PLACE;
Reference: ISH2015_356

In order to calibrate high voltage d.c. dividers in testing laboratories and HVDC converter substations, a new measurement infrastructure for on-site calibration has recently been established. Two 1000 kV voltage dividers have been built, a stationary reference divider at the SP Technical Research Institute of Sweden, and a wide-band modular HVDC divider for on-site assessment capable also of measuring ripple voltage and protected against damage owing to transients. The two 1000 kV voltage dividers were calibrated and their performance verified in June 2013. The scale factors of the two dividers were determined in this comparison campaign, with a combined expanded uncertainty better than 20 µV/V at 1000 kV for both dividers. The stationary reference divider is based on wire wound resistors. The reference divider has since June 2013 been upgraded by painting the housing using a semi-conductive paint, intended to minimize space charge build up on the surface. The modular 1000 kV system consists of up to five stackable 200 kV modules and a low voltage arm, which enables the set-up of different divider configurations in 200 kV steps up to a full 1000 kV system. No modifications have been made for the modular 1000 kV divider since June 2013. This paper presents the results of a recalibration and inter-comparison of the dividers in spring 2015. A series-parallel method based on Hamon connection of resistors has been introduced for calibration of the modular divider. The inter-comparison of the dividers at full 1000 kV voltage has been repeated, and their claimed performance confirmed. Both dividers are verified to have an expanded measurement uncertainty of 20 µV/V. The long term stability for the resistance of the high voltage arm of the modular divider, determined with low voltage calibration, shows an unprecedented stability with deviations less than 2·10^-6.

Join CIGRE now and download this item and all publications for free and much more... 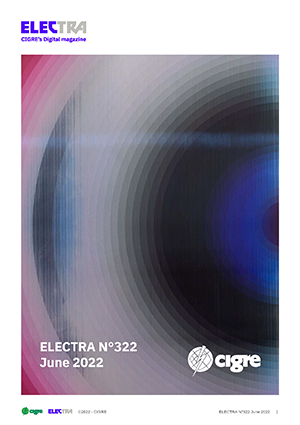 Recommendations for mechanical testing of submarine cables for dynamic applications