SELECT DISTINCT PLACE FROM V_PUB WHERE PLACE IS NOT NULL AND PLACE <> '' ORDER BY PLACE;
Reference: 590

Protocol for reporting the operational performance of HVDC Transmission Systems

Recognizing that the experience gained on HVDC transmission systems could be of value throughout the industry, CIGRÉ Study Committee 14 established Working Group 04, This WG group is now renamed as Advisory Group 04 (AG B4-04). Performance of DC Schemes, with terms of reference which included an obligation to collect information on all systems in commercial service. It was considered that such information could be useful in the planning, design, construction and operation of new projects. It was also envisaged that the sharing of operational performance data could be of benefit to those concerned with the operation of existing HVDC links or those planning new HVDC links. It was clear that such reports were best prepared in accordance with a standardized procedure so that, with time, the accumulated data from several systems would establish a basis against which performance could be judged.

Join CIGRE now and download this item and all publications for free and much more... 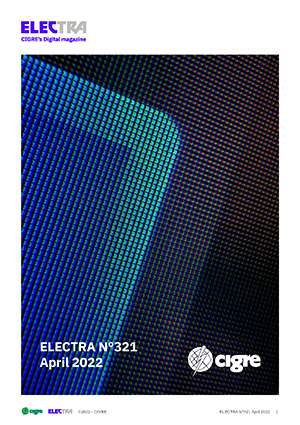 The Condition of Solid Transformer Insulation at End-of-Life

Inspection and testing of tools, equipment and training for live-line work on overhead lines